Fast charging is conducive to energy saving and emission reduction in public transportation, and policies need to be implemented early

Fast charging is conducive to energy saving and emission reduction in public transportation, and policies need to be implemented early

The insufficient number of charging piles for new energy vehicles is regarded as an important reason for not being widely promoted. Recently, the four ministries and commissions issued the "Notice on the Reward for the Construction of New Energy Vehicle Charging Facilities". The central government plans to arrange funds for the promotion of new energy vehicles in cities or City clusters are rewarded for the construction of charging facilities.

This is a good thing! The construction of charging piles, which has always been criticized, finally has substantial incentives. Reading through the full text, you can see that the reward fund does not mean that you buy a few electric cars, but there is a set of calculation methods. Subsidy cities or urban agglomerations have set a minimum standard for the number of new energy vehicles to be promoted. The number of promotion is calculated based on pure electric passenger vehicles. Other types of new energy vehicles are converted according to the corresponding ratio, and plug-in hybrid passenger vehicles are converted to them. The ratio is 1:1, and the conversion ratios of plug-in hybrid buses, pure electric buses and lithium titanate and other pure electric fast-charging buses are 5:1, 12:1, and 20:1, respectively.

Why is fast charging suitable for public transportation?

There is a characteristic of bus operation: fixed point and fixed line, that is, the line is basically fixed, and the length of the line is also fixed. The fast charging method can be equipped with batteries according to the line length, and each bus does not need to be equipped with a large number of batteries.

Fast charging pure electric buses are mainly composed of lithium titanate and multiple composite lithium batteries. The unit price of fast charging batteries is more expensive than lithium iron phosphate batteries. However, because of the fast charging method, each bus can be equipped with fewer batteries. Generally speaking , The number of lithium titanate and multi-element composite lithium batteries required by each bus is about 1/3 of that of lithium iron phosphate. Although the unit price is high, with fewer batteries installed, the overall cost of pure electric buses will be reduced by 400,000 to 600,000 yuan, greatly reducing local financial pressure.

Secondly, the cycle life of lithium titanate and multi-element composite lithium is almost the same as that of buses.

In the past, battery degradation has caused a headache for public transportation companies. At the end of 2011, 10 pure electric buses operated by Wuhan City on the 579 bus line had been in operation for less than half a year. Due to battery attenuation, the driving range of the vehicles dropped significantly, and frequent anchoring accidents occurred. The bus company had to stop the operation. The decision on pure electric buses. In March 2013, 26 pure electric buses originally operated on Guangzhou's main trunk line 801 were adjusted to run on non-main roads due to battery degradation.

The battery degradation in Wuhan and Guangzhou is not accidental. Pure electric buses in Beijing, Chengdu, Dalian, Linyi and other cities have experienced battery degradation and suspension. A survey on the operating conditions of pure electric buses in my country shows that the current battery system is attenuated by approximately 15% every year. Assuming a pure electric bus has a driving range of 200 kilometers, the driving range will be reduced to 170 after one year. Below kilometers, it can only maintain about 140 kilometers in the third year. If the air conditioner needs to be turned on, the driving range will be reduced faster.

Generally speaking, a city bus will be scrapped after 8 years of use. Due to battery degradation, pure electric buses must be replaced after three years of use. Public transportation companies will fall into an awkward situation, and they are still far from the end of life. The cost of replacing batteries exceeds the cost of buying traditional buses.

Using lithium titanate and multi-composite lithium fast charge batteries, bus companies will not fall into such an awkward situation. The cycle life of fast charge batteries is relatively long, reaching 6-8 years, which is almost the same as the obsolescence period of buses. After attenuation to unusable, the bus has reached the point of scrapping. The two are synchronized, and bus companies are happy to do so.

In the past, lithium iron phosphate pure electric buses were equipped with 200 kilometers of batteries, not only considering the characteristics of bus operation, but also to make full use of the sufficient power in the valley. However, even with so many batteries, it is still not enough for a full-day driving range. It took several hours, so much so that the bus company has a saying: Run for half a day and rest for half a day. Some bus companies have to arrange some traditional buses in the pure electric bus fleet to cope with the situation where there is no car.

The fast-charging pure electric bus equipped with lithium titanate and multi-element composite lithium takes only 10 minutes to be fully charged each time it runs back to the station, which has very little impact on bus dispatch.

The short charging time saves a lot of space for bus companies. Bus fleets do not need to free up a lot of venues to build charging piles. The shortage of urban land resources is a fundamental reason why the power exchange model cannot be promoted by bus companies.

The problems exposed in the first stage of demonstration and promotion have been mentioned a lot, and the relevant departments have realized that they are stepping up their corrections. The latest incentives for the construction of charging facilities have revealed the new direction of the policy, and the fast charging mode of pure electric buses is actively developed. car.

An authoritative expert in the field of new energy vehicles in China told the author that in the future, both dual-source electric buses and pure electric buses will actively promote the fast-charging model in the public transportation field. There were mistakes in policy formulation in the past.

The author has also learned more about it. In the past, there were relatively few companies producing fast-charged batteries, and they were a bit weak, and suffered a loss in the first-stage policy orientation.

At present, the subsidy policy for fast-charging pure electric buses still follows the old standard. The information transmitted by the policy has shown that it will be sooner or later to revise the subsidy policy. The author once learned that in August this year, the Ministry of Finance organized a group of experts to Chongqing to investigate the operation of the fast charging mode.

The fast charging mode is conducive to energy saving and emission reduction in the field of public transportation, and it is hoped that the policy will be resolved soon. 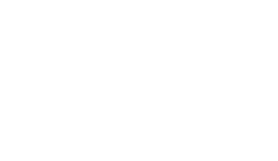